COVID19 CORONA VIRUS NOTICE: WE ARE OPEN AND AVAILABLE FOR NEW AND EXISTING CLIENTS. WE CAN SPEAK WITH YOU VIA PHONE OR VIDEO CONFERENCE. YOU CAN REMAIN IN THE SAFETY OF YOUR HOME WHEN YOU HIRE US, AND EVEN WHILE WE WORK ON YOUR CASE.

Clients’ Testimonials
GET A FREE CONSULTATION

We would like to thank Marc for the outstanding service he provided for us concerning our settlement. From my initial phone conversation, I knew Marc was very easy to talk to and the correct choice of attorney. Marc walked us through the process step by step, right on key. Things could not have gone any easier thanks to Marc.

Marc Wites and his staff won a sizable settlement for me and my family.  Marc’s knowledge, determination and professional advice on when to settle was on point. Marc’s responsiveness on our communication was as one expects on a best-case scenario. Marc will communicate via text or email. When I had questions, I will get a response immediately, during business hours, weekends etc., it did not matter. In addition, it was not a member of his staff but Marc himself who will respond. Marc was very articulate with his advice and explanations, I felt very comfortable with him handling my case. There are not enough words that can express my gratitude to Marc. I would  most definitely hire him again.

Without the help of Marc Wites (my attorney), I believe I would no longer be alive. Marc did not have to represent me, but I think he realized what had happened to me when I was eleven years old was more than a crime; it was horrific. He believed me, not everyone that I told about what had happened did believe me, (my parents, really did not entirely believe me, or they did not want to believe). Marc gathered the evidence so thoroughly. Marc realized that when I had to confront what had happened, one could become suicidal, and Marc took great care, to insure, that I would be better off if the truth was revealed, then to hide from it for the rest of my life. Marc freed me from a self-inflicted prison, I was lost, set adrift, and he let me control the fate of where my law case was going to go. I think Marc is fantastic, he went right for the jugular vein, he knew exactly what to do, and again, I think he is a great person and attorney. I thank Marc for helping me, as I know the outcome of my case would not have been the same without him.

Our family has known Marc Wites for almost 10 years, and we have come to know him in a professional and personal capacity during this time. Marc was instrumental in winning significant awards in regard to a car accident case and a personal injury case for us. Marc’s experience and expertise goes beyond those areas. I benefited immensely from his advice recently in resolving another thorny issue. Marc quickly grasped what needed to be done and resolved the problem quickly and efficiently. I highly recommend Marc for his integrity, knowledge, and experience. Marc is a professional attorney you can trust.

Marc Wites was referred to me after our home was destroyed in a fire. My only regret was that I waited 4 months to contact Marc thinking that the insurance company would take care of our claim in a timely manor! In a situation like this you need a Professional who is the expert in representing the consumer! Marc Wites and his staff handled the entire process to our complete satisfaction! I highly recommend them!

NO RECOVERY, NO FEE*

Our consultation is FREE!

IF WE ACCEPT YOUR CASE, WE WILL PROSECUTE YOUR CASE ON A PURE CONTINGENCY-FEE BASIS, WHICH MEANS THAT YOU WILL NOT BE OBLIGATED TO PAY US ANY ATTORNEYS FEES OR REIMBURSE US FOR THE COSTS INCURRED IN YOUR CASE UNLESS WE OBTAIN MONEY FOR YOU.

LEGAL ISSUES SHOULD BE ADDRESSED IN A TIMELY MANNER. OUR ATTORNEYS ARE READY TO DISCUSS A WIDE RANGE OF TOPICS.

WE WORK FOR YOUR BEST INTEREST!

YOU SHOULD CHOOSE A LAW FIRM THAT IS WELL-ESTABLISHED, EXPERIENCED, AND HAS DEMONSTRATED THEIR ABILITY IN THE COURTROOM.

CHOOSE THE RIGHT LAWYERS FOR YOUR CASE

It is important for you to do extensive research when hiring a personal injury firm to ensure that you hire a well-respected law firm with good lawyers that have the experience and resources to fight for you and your family.

There are many things you should consider when deciding which personal injury law firm should represent you. 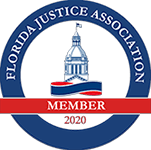